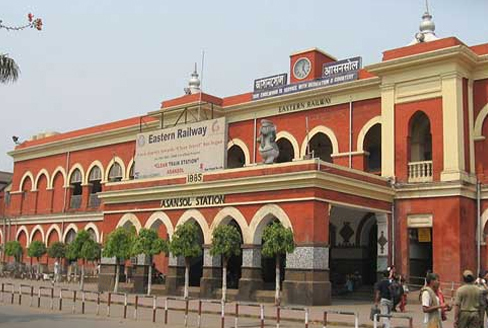 Asansol is the second largest city of Indian state of West Bengal after Kolkata. The city is located in Burdwan district of the state. It is one of the major industrial and commercial centers of India. The city has large work force, moderately higher per capita income, educational institutions and good transport facilities.  According to data released by International Institute of Environment and Development, a UK based policy research non-governing body; Asansol is among 11 Indian cities in the list of 100 fastest growing cities. Bengali is widely spoken language of the city. Hindi and Urdu speaking people are also found there. Asansol is a major educational center for the whole coal belt region the state from Dhanabad to Ranigunj. Economy of the city is based on coal and steel industries.  Though the Ranigunj coalfield spreads over four districts, Asansol is the heart of coalfield. The average Temperature of Asansol in summer is 30c while it is about 15c in winter. About 2500 year ago the region was a significant place of Jain activities. It is believed that the last Thirthankar of Jain religion, Mahavir Vardhaman once lived and worked there.

Places to visit:
Asansol houses many places worth visiting in and around it.

Maithon Dam is situated 20km from Asansol and is a place worth visit.

Panchet Dam is another dam situated 17 km from Asansol.

Satabdi Park is an amusement park especially for children. It is also nice place to spend evening.

Joychandi Pahar is a popular picnic spot. It is just 30 km away from Asansol.

Churulia is the place where famous poet Kazi Nazrul Islam was born. He was the national poet of Bangladesh. The village is about 17 km from Asansol. The village houses a museum of his works and memorial for him. A cultural program is organized on the occasion of poet’s birth day.

Rabindra Bhavan is a major cultural hub of the city. Sarat Mancha is another cultural centre located at Asansol Police lines.

Asansol is well connected by rail and road to other parts of the state and the country. Being a major railway junction on Howrah- Delhi track, Asansol is connected to many other cities of the country. Many buses run by state government connect Asansol to many other cities and towns of the state.  Kolkata is the nearest airport for Asansol. The airport is connected by many flights to major cities like Mumbai, Delhi, Chennai, etc. You can hire a cab to reach your destination.