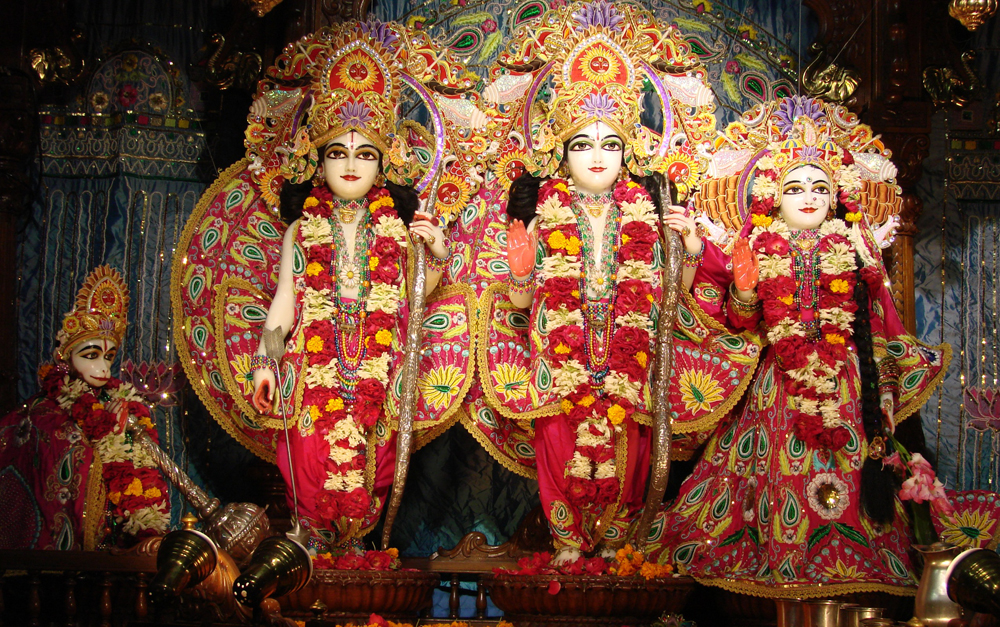 Ram Navami is a Hindu festival celebrating the birth of lord Sri Rama –the ideal King of Ayodhya. The festival commences on the ninth day of the Chaitra Navaratri (Vasant Navratri) and it is celebrated with great fervor all across India. Lord Rama is the celebrated hero of the epic Ramayana. Rama is said to be an ideal king/son/husband. Thus, a celebration of his birth day has been a part of Indian festivities. He was born on the ninth day of the Chaitra month (according to the lunar calendar) to Dasharatha and Kausalya.
Many people take up fast from the first day of the Vasant Navratri (Gudi Padwa) in the name of Lord Rama and end their fast on the ninth day, the day when Rama was born. On that day processions of Ram idol along with Sita Mata and Lakshman take place and people distribute a type of drink called ‘Paanaka’ (Sharbat made out of jiggery and lemon juice mixed with pepper powder). In some parts of India on this day some people will hold the ‘kalyanotsava’ (marriage of Lord Rama and Sita).  At noon, a coconut draped in cloth would be placed on a cradle to rock; this ritual is done to mark the birth Lord Rama. Rama Navami will be celebrated by holding spiritual discourses and processions.  Usually it falls in March and April.