Kanpur, the industrial capital of Uttar Pradesh state, is known for its various places of tourist attraction located in and around it. The city of Kanpur which also houses some important places of religious significance witnesses large number of tourists and devotees flocking there throughout the year. 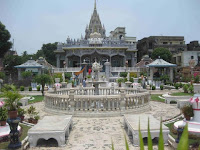 Built in beautiful architecture, Jain Glass Temple is a key attraction of Kanpur city.  The temple also holds much religious significance among Jain people. Completely built of glass, the temple fascinates the visitors by its impressive look. Walls, ceilings and pillars are beautifully adorned with enamel and glass. Amazing mural paintings done on the stained glass depicts the incidences from Jain scriptures. Along with the statue of Lord Mahavir, the temple also houses 23 statues of other Jain Tirthankaras. 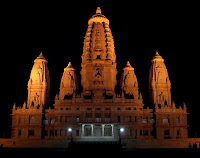 Sri Radhakrishna Temple:
It is another place of worship located in the city of Kanpur. The temple is built by J K Trust and is also referred as J K Temple. The temple contains five main shrines which are each dedicated to Lord, Lord Radhakrishna, Lord Laxminarayan, Lord Narmadeshwar, Lord Ardhnareshwar and Lord Hanuman. The temple is perfect blend of ancient and modern architectural style. The structure of the temple represents a beautiful mix of south and north Indian architectural style. 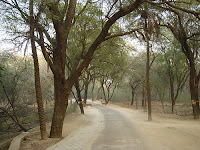 Allen Forest Zoo:
Popularly called as Kanpur Zoo, Allen Forest Zoo is famous picnic spot to visit in Kanpur. Set up in 1971 under the initiative of Sir Allen who was in Indian civil service, the zoo is named after Sir Allen. The zoo serves to be an ideal place to spend some quality time with family. Along with wild animals like tiger, leopard, bears, Cheetah, many other species of animals can be seen there. The zoo remains closed on Monday. Patthar Ghat, Phool Bagh, Valmiki Ashram and Bhitargaon Temple are other places of interest to be visited around the city of Kanpur.