There are lots things to watch in Pune and it is second largest city in the Maharashtra.India. The climate of Pune is pleasant also has scenic beauty and rich natural resources. There is lot of hills and forts around the city which have great relevance in the history of the Marathas.Now today city has it's name in IT and other industries. 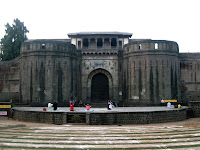 Shaniwar Wada:
This impressive palace was constructed by the Peshwas in the year 1736.In 1828 the place was destroyed in fire but still a giant large door of the palace remains there.
The entry fees to the Shaniwar Wada is Rs.5 for Indian and Rs. 125 for Foreigners.
Open Time: Daily from 9.00 AM – 6.30 PM

This palace is an important highlight of this town and flaunts beautiful arches, gracious building having salons, suites and spacious lawns. The palace holds a lot of historical importance since during the 1942 Quit India Movement, Mahatma Gandhi and his wife Kasturba Gandhi were placed under house arrest by the British in this building.
Open Time:- 9:00 AM - 5:30 PM

Bund Garden :
It is also known as Mahatma Gandhi Udhayan. It is located on the right bank of the Mula-Mutha Rivers and was built by Sir Jamshedji Jeejeebhoy to provide the poor with water during hot months of the summers. The adventure enthusiasts can indulge here in boat rides and horse rides.
Opens all the day and timing is 6:00 AM - 9:00 PM

Mahatma Phule Museum:
Mahatma Phule Vastu Sangrahalaya established in 1875 and located in the heart of the city.There is many things related to geology,agriculture,forestry,industry such as marble statues,brassware items,stone carvings and oil paintings.It also 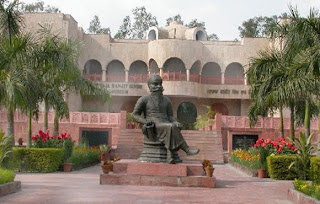 National War Museum:
Express citizens forum, an organization of Pune citizens, was the driving force in building the National War Museum. The War memorial was opened to the nation in October 1988 in a record time after the stone laying foundation held in November 1997. The 25 feet pillar represents the memorial. 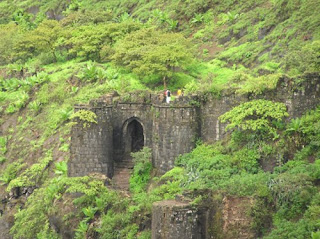 Sinhagad Fort:
Is also known as the Lion fort and is situated around 25 km.southwest of Pune.It was in the year 1670, that Tanaji Malusre, a general of Shivaji climbed the steep hill in dark with his men and defeated the forces of Bijapur. This is also the place where Mahatma Gandhi met another stalwart of Indian freedom struggle, Bal Gangadhar Tilak in 1915 for the first time.


You can plan to visit any of these places on this route by bus but the easier and best option is to hire a cab for local as well few near by places from the city.