5 Famous Ganpati Idols to Visit in Pune During Ganesh Festival

Ganesha Chaturthi also known as 'Vinayak Chaturthi' is the important Hindu Festival celebrated in honour of Lord Ganesha. The celebration has a long history and roots since the days of Maratha rulers. Indian freedom fighter and social reformer Lokmanya Tilak initiated this festival as a public festival in 1894 with a view to uniting citizens and strengthen the patriotic fervour in Indians.
While it is celebrated all over India, Pune is said to have it's own traditions to celebrating this festival with great pomp and gaiety where the festival actually started.

The city has the five Manache (Respective) Ganesh idols where you have must visit during Ganesh Utsav. 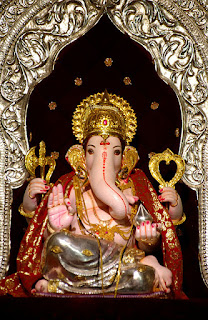 image credit:
image credit:
Located in the heart of city at Kasaba Peth, it is also known as Gram Devta of Pune and the temple was built by 'Shivaji Maharaj' and 'Jijabai Bhosale'. 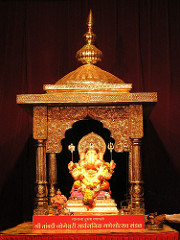 It is supposed to be a oldest temple in Pune, established in 1893. It stands second privileged Ganpati idol of Pune after Kasba Ganpati Mandal. 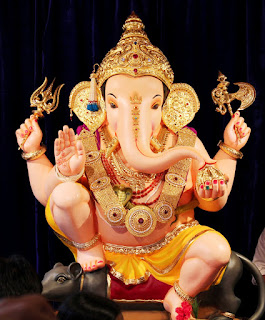 It is the third respective Ganapti idol in pune Located at Laxmi Road. the Guruji Talim Ganpati mandal was started by two Hindu and two Muslim families in 1887 even before Lokmanya Tilak started this Sarvajanik Ganesh utsav and hence it's considered as a symbol of Hindu Muslim unity. 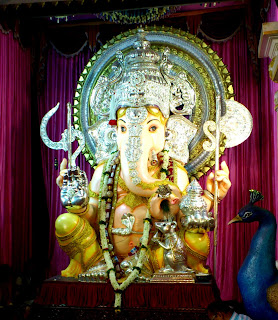 It is fourth respective Ganpati idol in Pune Located at Tulshibaug. which was established in 1901. This mandal is amongst the first who Glass establishing Fiber statue since 1975. 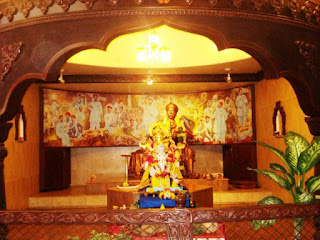 Lokmanya Tilak established this idol in year 1893 in Narayan Peth, Pune. It is revered of known as fifth respective Ganapati idol in Pune. Lokmanya Tilak started this festival with the motive of to enhance the sense of belongingness as well as togetherness among the citizens and still the mandol takes large cultural and educational events and concentrates more on social work.

Along with these you can also visit Shrimant Dagdusheth Halwai Ganpati idol the richest Ganesh Mandal in the city which was established in the year 1893. 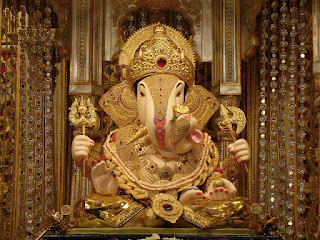 How to reach Pune :-


Pune is well connected by air, rail and road to other major cities in India.

Lohegaon airport where you can get a transfer taxi to reach the city.

Pune junction is an important station of Central Railway Zone.

Shivajinagar and Swargate bus stand. The city is easily accessible by state transport buses or rental cars from major cities such include Ahmadnagar, Aurangabad and Mumbai.

If you are planning to visit to Pune to experience immense fun then we suggest that there’s best way to rent a car for the utmost convenience and safety travel to Ganesh festival.