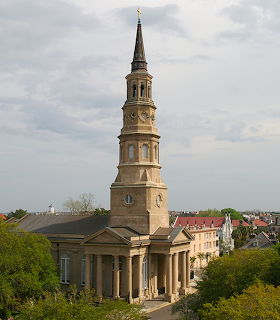 Meerut is a city in the state of Uttar Pradesh, India. It is also the headquarter of the district of the same name Meerut district. According to mythology the city was founded by Mayasura who was the father-in-law of Ravana. Meerut is a major hub of industries in western part of the state of Uttar Pradesh. It houses more than 500 small and medium scale industries. It is known for its handloom works and scissors industries.

Places of interest:
Meerut has many places of worship and tourists interest in and around it.
Jain temple :
Jain temple of Mohalla Teergaran is the oldest Jain temple of Meerut. It houses the statue of Jain Tirthankar Shantinath. The temple is at present being conserved by Indian government as it contains many old art works.
St. John’s Church :
St. John’s Church in Meerut is the oldest church in north India. The church was built by East India Company in 1822. The church is large one and can accommodate 10,000 people at a time.
Augamath temple :
Augamath temple is another place of worship in Meerut. The temple is historical one as it is the same place where Indian freedom fighters planned their operation of 1857 war. The temple also houses a monument built in the memory of those who were killed in the war of 1857.
Jama Masjid :
Jama Masjid in Meerut is the oldest Masjid in north India. The Masjid was built by Hasan Mahadi in 1019 AD.
Gandhi Bagh :
Gandhi Bagh is located in the center of the city of Meerut. The garden is famous for its beautiful sights and calm ambience. Local people also call it Company Garden. The garden was built long before the independence and it houses fascinating musical fountains. It is nice place to spend evening.
Parikshitgarh :
Parikshitgarh is yet another place of attraction near Meerut. It is related with the king Parikshit of Hastinapur. There is a fort situated near the place and it is believed to be built by the king Parikshit. Meerut also houses the temple of Chandi Devi. The temple is built by Devi Ahilyabai Holakar.
Kali temple, Bale Mian ki Dargah and Shahapir Sahab ki Dargah are some of many other religious places to be seen in and around Meerut.
How to get there:
Meerut is well linked by rail and road to other parts of the state and the country. The city has seven railway stations with city station being main and busiest station of the city. Many Trains connect Meerut to Delhi Lucknow Ahmadabad, Chennai and other cities of the state and the country. Many state run buses and other private vehicles are available from Delhi, Faridabad, Noida, Ghaziabad, Haridwar and many other cities and town of the state and the country. Indira Gandhi International Airport is closest airport to it and is well linked by several flights to other major cities of India and other countries.