Posted by : Sandeep January 9, 2013
Patiala is a city in Indian state of Punjab. It is the headquarter of the district of the same name. The city is known for its turban (a traditional headgear) Salwar, Juti, Patiala peg etc.

Quila Mubarak :
Quila Mubarak is located in the city. It is a castle built in 1763 by Baba Ala Singh. Quila Mubarak literally means fortunate castle.  It is located in the heart of the city. It is spread over 10 acres of land and house the main palace Quila Androon which literally means inner fort. The castle also houses a Darbar Hall, Ran Baas and a Guest house. A Darshani Gate and a Shiva temple are situated outside the castle. There are many shops along the street that surrounds the Quila. You can buy here precious ornaments and hand woven fabric. Quila Mubarak was the main residence of Patiala royals. The castle is built in Mughal and Rajasthani architectural styles. 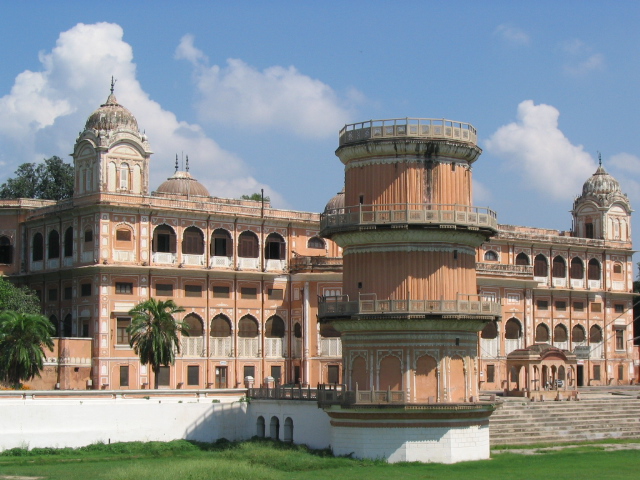 Sheesh Mahal :
Sheesh Mahal is another interesting place in Patiala. The Mahal is a part of old Motibag palace which was built in 9th century. Sheesh Mahal literally means the palace of mirrors. The Mahal houses a large number of frescoes. A lake is also situated in front of the palace and it adds the beauty of it. A bridge called as Lakshman Jhula built across the lake attracts many tourists. You can also visit a museum situated nearby the Palace.  It is the museum which houses the largest collection of medals in the world. The collection was made by Maharaja Bhupinder Singh.