Bhilai is a city situated in Durg district of Chhattisgarh state, India. It is located at 25km west of state capital of Raipur. Bhilai is famous for Bhilai Steel Plant. It is the largest steel plant in India and known for being the only manufacturer of rails for Indian Railway. The city is known for many festivals that are celebrated throughout the year. Weather of Bhilai is pleasant during the winter and hot and dry during the summer.
Places of interest:  The city of Bhilai houses many places worth visiting in and around it. 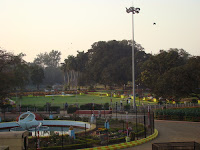 Maitri Bagh : It is a zoo and park established by Bhilai Steel Plant. There are two huge man-made water lakes near the Bagh. One water lake is used to supply the water to the township and other is used for Steel Plant itself. These lakes are worth visit places in Bhilai. Bhilai Water Works is situated right across the Maitri Bagh. It is a facility which is used to provide clean water to Bhilai townships. Maitri Bagh, Garden of Friendship as it literally means, was established as a symbol of India – USSR friendship. 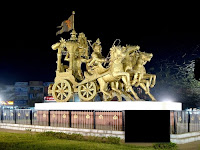 Civic Centre : It is another place of interest in Bhilai. It was earlier started as shopping center consisting of two rows of shops and stores arranged in L shape. Initially it had TATA textile on one side and Bata Shoes on other.  The Civic center was major center for lots of social activities, entertainment and shopping for a long time. Then a lot of changes happened after that in Civic center and nearby.  There is a doomed shaped super market Near the Civic center and it is now used as art exhibition.
Open Air theater :
In the east of Civic Centre there is an open space with a stage and it is known as ‘’Open –Air-Theatre and used for various cultural activities including musical night shows. Kala Mandir, situated right of Civic center, is used for various purposes. It was earlier a movie theatre known as Chitra Mandir. Other places of interest include

It is most visited pilgrimage place located 3 km from Bhilai. 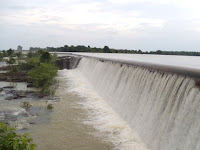 Tandula Dam :
Tandula is a famous picnic spot and popular for its old palaces.You can also find a unique tourism opportunity at here.

Other places of interest is Bambleshwari temple, Sita Maiya temple and Parsharwanath Thirth.