Posted by : Sandeep September 21, 2012
Anand is a city in the Indian state of Gujarat. It is a municipality and the administrative center of Anand district. It falls in Charotar region which comprises of Anand and Kheda districts. Known for its large scale dairy products, Anand is popularly referred to as the Milk Capital of India. It is famous for Amul dairy products. National Dairy Development Board of India is located in Anand. The city also hosts Anand Agriculture University. Anand is located between Vadodara and Ahmedabad. It is approximately 42 and 78 km away from Vadodara and Ahmedabad, respectively. Anand is a major railway junction in Western Railway Zone.
Places of interest: 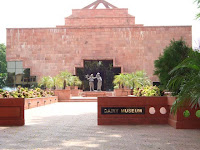 Amul Dairy Cooperative Museum :-
Amul Dairy Cooperative Museum is a prominent place of attractions in Anand. The main building of the museum is built of red stones. It is surrounded by a serene water body. The museum hosts an auditorium which can accommodate 100 spectators at a time. Movies on the history and evolution of milk and dairy movements in India are projected there for the visitors. 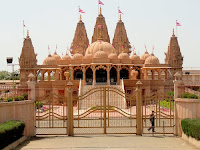 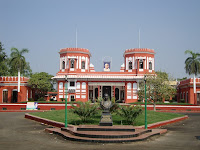 Champaner fort :-
It is great example of 16 th century architecture.The wall and the gates surrounding the fort dates back to 13th century.

How to reach:
Anand Railway Station is one of the busiest railway stations in Western Railway Zone. It is well connected by several regular trains to many other parts of Gujarat and rest of the country. Vadodara (42 km) is the nearest airport to Anand. Vadodara has good air connectivity to Mumbai and other major cities of India. Anand is perched on the national highway no 8 connecting Mumbai and Delhi. State-run buses also connect Anand to other parts of Gujarat and neighboring state of Maharashtra.