Fair and festival in Gorakhpur 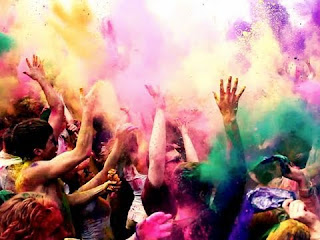 Situated in the eastern part of Uttar Pradesh state, Gorakhpur is home to several religious sites of Hindu, Buddhist and Muslim. The city of Gorakhpur which lies near the border of Nepal is one of the very few places in India where one get to see the confluence of different religious faiths. The place is rich in its culture and tradition. Several festivals celebrated in Uttar Pradesh are celebrated in Gorakhpur too.

Khichadi Mela is a major religious fair of Gorakhpur. The fair is held during the festival of Makar Sakranti. It is organized at the shrine of Gorakhnath, a prominent place of worship in Gorakhpur. The city has also has derived its name from this saint Gorakhnath. The temple premise is spread over an area of about 52 acres. Khichadi Mela starts from the 14th January and last for a month. Thousands of devotees throng there from different parts of the Uttar Pradesh state.

Apart from the major festivals like Deepawali, Dussera and Holi, the city of Gorakhpur celebrates many other festivals with great religious fervor. Shivratri, Janmashtami and Chhath Puja other prominent festivals celebrated in Gorakhpur with great zeal and zest. Besides, Gorakhpur also celebrates several Muslim and Buddhist festivals. On the occasion of Buddha Purnima, a number of religious and cultural programs are organized at several Buddhist sites in Gorakhpur.