Jhansi, the city whose name brings to mind the valor and bravery of the famous medieval queen of India- Rani Laxmibai is home to several places of attraction which draws a number of tourists from different part of India. 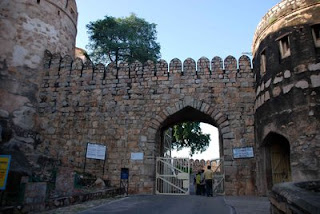 Fort of Jhansi: It is a rich historical legacy of the city of Jhansi in Uttar Pradesh state. Set up during the early seventeen century by Raja Bir Singh Judao, the Fort of Jhansi serves to be a key attraction of the city. The entire city of Jhansi was later developed surrounding the fort. The wall of the fort once surrounded entire city of Jhansi. The wall was fortified by ten major gates. Remains the wall can still be seen there. Some the gates have stood the time and are present there.  The depiction in the form of diorama which depicts the bloody battle in which Rani Laxmibai sacrificed her life while fighting against the British. A museum having fine collection of several artifacts and sculptures of bygone era can also be visited in the fort premises. 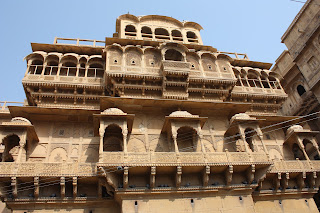 Rani Mahal: Rani Mahal is another historic structure located in Jhansi. Built by Raghunath Newalkar II, Rani Mahal was once the residence of Rani Laxmibai. It has been turned into a museum which mainly displays articles related with the life of Rani Laxmibai and other artifacts belonging to the period from 9th to 12th century. The structure of Rani Mahal is quite distinct from other historical structure located in the region. The second floor of the Mahal house a Durbar Hall decorated with beautiful paintings.

Mahalaxmi Temple: this is one of the most prominent places of worship in Jhansi. Built in the 18th century, the temple is dedicated to goddess Mahalaxmi. This impressive temple is situated Laxmi Tal outside the Laxmi Darwaza. The majestic structure of the temple mesmerizes one and all. On the occasion of Laxmi Puja and Dipawali, thousand of devotees throng there to worship the goddess Mahalaxmi who is believed to bring good fortune to her devotees.

Barua Sagar: Located just 24 km away from center of city, Barua Sagar is yet another major attraction of Jhansi. It is perched on the banks of Betwa River and is surrounded by lush green sceneries. Barua Sagar serves to be perfect place to spend some quiet time away from the busy urban life. The place is also known for housing an ancient temple dedicated to goddess Durga. The temple belongs to the 9th century and is built in Pratihara architectural style. Orrcha, Parichh dam, Government Museum and Maharaja Gangadharrao ki Chhatri are other places of interest to be visited in and around Jhansi.