The Mumbai is the financial and commercial capital of India as well as capital of Maharashtra state.Mumbai is famous around the world for it's attractions and number of tourist increasingly day by day .Attractions of the city can be categorized in Colonial buildings,Museums, Beaches,Religious places,Zoos,parks. Overall 40% tax comes from this single city from the total tax in India.The numbers of important financial institutions like Reserve Bank of India, Bombay Stock Exchange and National Stock Exchange is placed in the cream area of Mumbai. The city is also the house of most famous Bollywood(Hindi film industry) 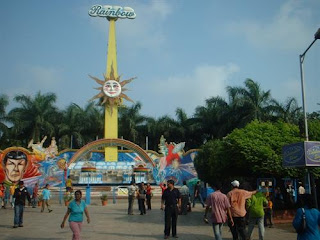 Essel World
It is the first and largest amusement park which spread over 64 acres of land.It is located on Gorai Island in Borivali (West) area of Bombay.There are 34 major rides, it consists of two parks-Essel world proper and Water Kingdom. 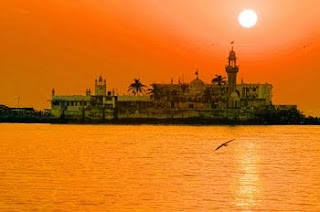 Haji Ali Mosque
Located on a small island. It is the most popular tourist destination and a pilgrim site for people from all over the world.There is walkway which connects the sandy shore to the holy shrine.This Durgah is not accessible during high tide becouse walkway gets immersed in the waters. 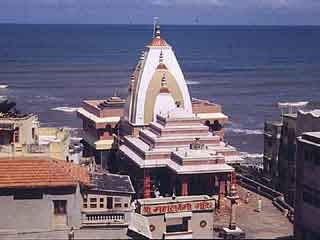 Mahalaxmi Temple
Is one of the most famous temples of Mumbai situated on Bhulabhai Desai Road.It is dedicated to Mahalakshmi the central deity of Devi Mahatmyam. There are three idols of Mahakali, Mahalakshmi, and Mahasaraswthi. 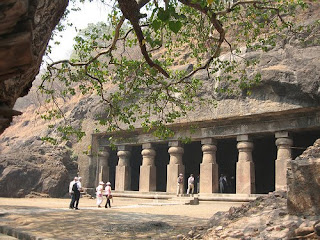 Elephanta Caves, Mumbai
Earlier called Gharapuri is today's Elephanta Island, which is known for embracing the remarkable Elephanta Caves.To be found about 10 kms off the eastern coast of Mumbai, Elephanta Caves has been given the position of a World Heritage Site by UNESCO. The Portuguese called the island Elephanta on seeing its huge gigantic statue of an Elephant at the entrance. 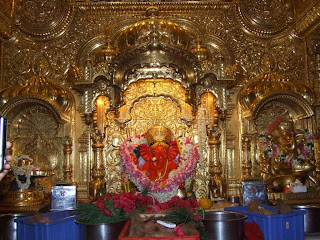 Siddhivinayak Temple
Is a Hindu temple dedicated to Ganesh,located in Prabhadevi, Mumbai, Maharashtra.It was originally built by Mr. Laxman Vithu and Mrs. Deubai Patil on November 19, 1801.The temple has a small mandap (hall)The wooden doors to the sanctum are carved with images of the Ashtavinayak (the eight manifestations of Ganesh in Maharashtra). The inner roof of the sanctum is plated with gold, and the central statue is of Ganesh. In the periphery of the temple, there is a Hanuman temple as well.