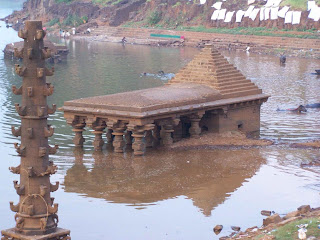 According to mythology, Kolhapur which is situated on the banks of Panchganga River in the state of Maharashtra is the same place where a demon called Kolhasur was killed by the goddess Mahalakshami. It is said that that as per the wish of this dying demon the town was named after him. Kolhapur was a major Buddhist destination during 6th century. It is also believed that Amoghavarsha Nrupathunga the king of Rashtrakuta dynasty cared a lot for his subject and once sacrificed his finger to goddess Mahalakshami of Kolhapur in order to avoid impeding calamity on his people. During the period from 1140 to 1212 Kolhapur was the capital place of Silhara dynasty. An inscription found at Teradal mentions that Gonka the king of Silhara dynasty was once healed from snakebite by a Jain monk and that led to the king’s establishing Neninath temple there. Several other Jain temples were built during next two centuries. 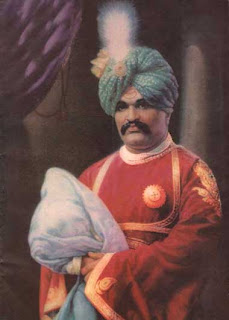 Kolhapur became the place of confrontation between western Chalukaya and Chola kings. Rajendra Chola successfully marched on the region and built there Vijay Stambha (Victory pillar). Kolhapur was rule by several dynasties till the time of Maratha rule. During Maratha rule Kolhapur was being ruled by Bhosale dynasties. Rani Shrimati Anandibai Raje Saheb of Kolhapur kingdom adopted the Yashavantrao Ghatge who was the eldest son of Appasaheb Ghatge (Chief of Kagal). This adopted son was made Chhatrapati of princely state of Kolhapur. He came to be known as Chhatrapati Shahuji Maharaj who is known for his progressive thoughts and his benevolent rule. He ruled Kolhapur princely state from 1894 to 1922 and during these 28 years of his rule Kolhapur witnessed many social, economical and cultural reforms. For his great work in the social and cultural arena he is considered one of the greatest kings of India. After the independence of India, the princely state of Kolhapur was merged into Bombay presidency which was later in 1960 divided in two states Maharashtra and Gujarat. Kolhapur was then made separate district of Maharashtra state. It is noteworthy here that Kolhapur film industry was one of earliest film industries in India. The Marathi film industry was born as early as in 1920s and had produced many Marathi films in that period.