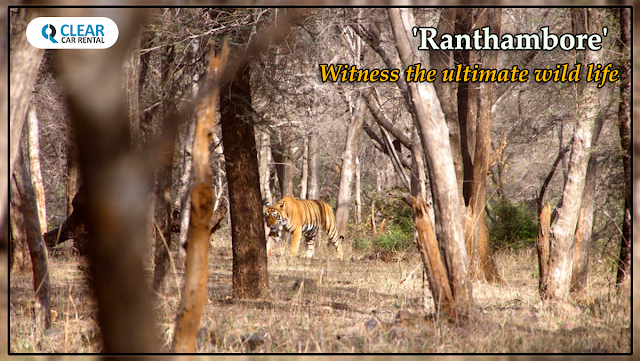 Famous for its national park, Ranthambore is a small town situated in the state of Rajasthan, India.

Ranthambore National Park is a primarily tiger reserve. The park is spread over an area of 392 sq km.  Earlier it was a hunting place for kings of Jaipur. It is an ideal place for wildlife lovers and is abundant with beautiful ponds, rocky hills, fascinating ravines etc. it was earlier wildlife sanctuary.  Then in 1980 it was declared as a National Park.  Other than tiger, its main habitat, the park also houses other species of animals.

Jogi Mahal is another place of interest in Ranthambore. It was built as rest house for the members of Jaipur royals who came there for hunting. It is now a guest house and offers tourists modern amenities. The structure of the Mahal is beautiful one. The place also offers fascinating views of it surrounding natural sites. 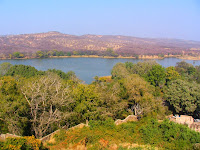 Padam Talab located there adds to the beauty of the Mahal. Surwal Lake is another place of tourist attraction you can visit near Ranthambore. It is situated about 25 km away from Ranthambore. The lake mesmerizes the onlookers with its stunning views. You can also have the fun of jungle safaris in Ranthambore National Park.

October to February is the best time to visit Ranthambore.

How to reach Ranthambore:

Many state run buses connect Ranthambore to Jaipur, Ajmer, Pushkar and other parts of the Rajsthan state and the country.

Sawai Madhopur serves as the nearest railhead to Rathambore. The railway station is just 10 km from it and is well linked by many trains to other parts of the country.

Sanganer Airport is closest airport to Ranthambore and is well connected to other major cities of the country.


Have you ever been to here ? If yes then do not forget to share your experience in comment.

Mudumalai is a city in Indian southern state of Tamil Nadu. It is located on southwest side of Nilgiri Mountains. Nilgiri literally means Blue Mountains and one can easily imagine by the name how the landscape would be looking like. Mudumalai is mainly popular as Mudumalai National Park. Mudumalai is famous for housing many exotic animals. As a matter of fact, most of the tourists come here only to see these exotic creatures. Mudumalai is also an ideal place to watch various birds as Mudumalai is also the home to various species of birds.

Mudumalai national park was established way back in 1940 AD.  Earlier the park was spread over an area of 60 sq km and now it occupies an area of 320 sq km. It is home to primates like the bonnet macaque and the gray Langur. Tigers, leopards, dholes, striped Hyemnas, Asian elephants, golden Jackals and sloth bears are seen in the park. The park is also home to various birds like the crested serpent eagle, crested hawk-eagle, Malabar grey hornbill and Malabar Trojan. Striped tit- babbler can also be seen here.

Mudumalai is also the place where one can take the joy of Jangle Safari. Elephant safaris and vehicles safaris offer the rare chance of watching many exotic animals with their natural habitat. Vehicles for safaris are available on first come first served basis. Jeep and van are used as vehicles safaris. Jeep can accommodate 6 people at a time while van accommodates 25 people at a time. Elephant safaris allow four people on an elephant at a time. These Jungle safaris are available in the morning and in the evening.

Theppakadu Elephant Camp is another interesting place in Mudumalai. The camp was set up in 1972.  The camp is place where elephants are trained. It is interesting to see two elephants performing Pooja to lord Shiva every day.

Mudumalai is well linked by many state run buses and other private vehicles to Coimbatore, Mysore, Madurai, Chennai, Bangalore and other many cities and towns of the state and the country.

Udagamadalam railway station serves the nearest railhead to Mudumalai. It is just 64 km away from Mudumalai and connected to other cities and towns of the state and the country.

Coimbatore airport is nearest airbase to Mudumalai and is about 160 km away from it and well linked to other major cities of India. Booking a taxi or cab in advance before travel will ensure that you have a taxi waiting for you at the airport when you land.
Author : Sandeep Comments : 1
Read More
Tag : Wildlife,

Located in Indian state of the Tamil Nadu, Anamalai is known for its abundant wildlife. It is a small village situated in the district of Coimbatore. The village of Anamalai exists near the wildlife area where different kinds of animals like panthers, crocodiles, tigers, elephants, spotted dear and wild boars are found in great number. The village also has many beautiful landscapes views around it.
Though Tamil is native language of the region, Malayalam and English are also widely spoken. Temperature there varies from 35 to 40 c in summer and from 22 to 33 c in winter. The best time to visit Anamalai is from June to March.
Anamalai is major tourist spot with many places of interest around it. 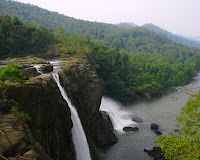 Parambikulam wild life sanctuary :
Parambikulam wild life sanctuary is major tourist spot in Anamalai and it offers tourists Jungle safaris. The sanctuary is situated near another Anaimalai wild life sanctuary. Parambikkulm Sanctuary is mainly known for Parambikkulam Dam that is located there. Surrounded by amazing green forest Thoonakkadavu Lake is beautiful place to explore. The lake is formed by Parambikkulam Dam and it offers tourists wonderful experience of Lake Cruise. Great care should be taken while exploring the lake as many crocodiles live near the water’s edge. Mt. Stuart Block near Aanaimalai is home to ancient forest department bungalow. The place houses the grave of Hugo wood. Hugo wood was a British officer whose work was especially dedicated to conserving this forest. 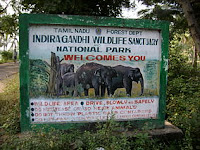 Anamalai Sanctuary :
Anamalai Sanctuary, named as Indira Gandhi Wildlife Sanctuary, is home to many exotic animals and birds and it offers its tourist very interesting place to explore. Animals that are found there in large number include panthers, tigers, elephants, spotted deer and wild boars. Rocket-tailed drongo, spotted dove, tree pai and red whiskered bulbul are some of the birds found there. 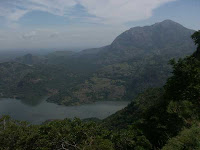 How to reach:
Road connects Anamalai to other major cities and town of the state. Many state run buses connects it to Chennai and Coimbatore and many other cities of the state. Nearest airport is situated in Coimbatore which is 96 km away from Anaimalai. The air port is connected by domestic flight to Chennai and other major cities of India. Nearest railway station is also situated in Coimbatore which is connected to other major railway heads of the state.
Other details: Pongal is a major festival celebrated in Anamalai with great enthusiasm. The festival comes in the month of January.
Author : Sandeep Comments : 0
Read More
Tag : Wildlife,
NEXT HOME PREV