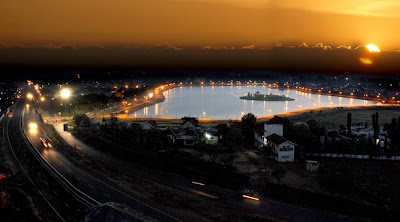 Belgaum is the fourth largest city of Karnataka state and also serves as head quarter of the district of the same name. The city of Belgaum is largely built during 12th century under the Ratta dynasty which was based at nearby place of Saundatti. The fort of Belgaum was built in 1204 by the Ratta dynasty. It also served as the capital place of the dynasty from 1210 to 1250. The region witnessed the rule of many kingdoms. It was once in under the rule of  Yadava dynasty of Devgiri.  Then the region came under the rule of Kilhji during 14th century. In 1474 the region was captured by Bahamani Sultanate.   In the year 1518 the Bahamati Sultanate was divided into small five states and Belgaum became the part of Adilshahi Sultanate of Bijapur. Many existing historical building and structures in Belgaum belong to the era after the year 1519. The region was taken by Mughal dynasty under Aurangazeb the Mughal emperor. Belgaum was then captured by the Peshawa during the Maratha rule. They continued to rule the region until the British brought it under their rule.

British continued to rule Belgaum until Aug-1947 when India got the independence. During the British rule Belgaum was actively involved in the freedom struggle of India.  In Dec-1921 Belgaum was the venue for the 39th session of Indian National Congress under the leadership of Mahatma Gandhi. After the independence of India Belgaum remained the part of Bombay Presidency until 1956 when States Reorganization Act made Belgaum a part of Mysore state which was further renamed as Karnataka in 1972. In 1956 State Reorganization Committee was set up to demark the borders of states of India on linguistic line. But the committed decided to make the region of Belgaum a part of Karnataka state ignoring the fact that the region houses a large number of Marathi people (about three fourth of the total population). The state of Maharashtra continues to claim the region and at present the matter is under the Supreme Court of India. 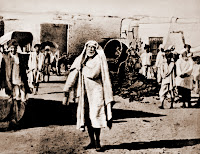 In the year 1954 the local people of the village of Shirdi found a young boy in meditating position under a neem tree. People were attracted by his tranquility, wisdom and Spiritual power. Soon he became a famous fakir in surroundings area of the village. Later on he spent his six decades of his life there. People began to call him by the name of Sai Baba. Sai Baba relentlessly worked for the poor and wretched people. He is believed to have performed many miracles and thus helped many people. He became so famous that many people come to seek his blessing from far and wide.  Among his followers were many well off people who used to donate some money to   Sri Baba. Sai Baba on other hand helped the poor with the same money. Sai Baba remained in Shirdi until his death in 1918. Privileged by the touch of such holy man the town of Shirdi has now become one of most important pilgrimage center in India. The place where Sri Sai Baba took his last breath now houses a big temple of him.  The temple is visited by lakhs of pilgrims from all over the country round the year.
Author : Prashant Comments : 0
Read More
Tag : Historical, 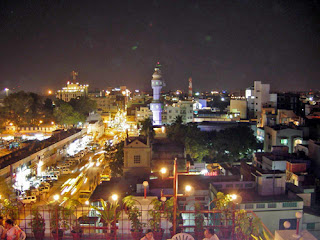 A prominent pilgrim site for the Hindus Madurai is the third largest city of Tamil Nadu. Madurai has a long and constant history since 3Rd BC. It has the references in the written history of Greek Ambassador Megesthenes and kautilya the minister in the Mauryan Empire. Madurai was a prominent cultural and administrative center during Pandyan rule till about 1311; afterwards rule of Ma’bar was established by Delhi Sultanate. Later it came to be known as Ma’bar sultanate which ruled till Vijaynagar Empire absorbed Madurai in 14Thcentury finally British East India Company ruled Madurai till India’s independence in 1947.George Procter was the first collector of Madurai.
Author : Sandeep Comments : 0
Read More
Tag : Historical,
NEXT HOME PREV