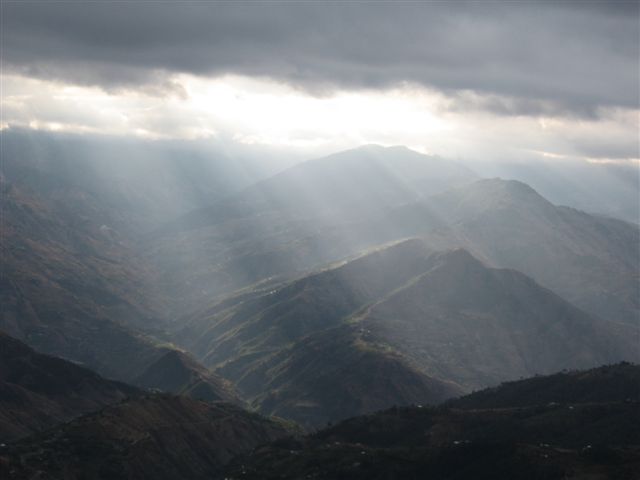 Kufri is a hill station in the state of Himachal Pradesh, India. It is situated in the district of Shimla and is just 13km away from Shimla which itself is a majestic hill station. Region of Shimla along with Kufri was earlier part of the Nepal Kingdom later on it was brought under the British rule. It is elevated at the height of 2510 m and has pleasant weather throughout the year. March to November is the best time to visit Kufri.
Places to see:  The hill station of Kufri is located very near to Shimla, a famous hill station. Tourists who visit Shimla also visit this small hill station. Kufri houses many places of interest in and around it.

Fagu :
It is scenic place located just 6 km away from Kufri. It is the base camp for trekkers and campers. There are also several temples situated near the Fagu.

Mahasu peak and Chini Bungalow :
Mahasu peak and Chini Bungalow are other places of attractions in Kufri. Mahasu is the highest in Kufri while Chini Bungalow is known for its statues and architecture.
Kufri also offers its visitors adventurous activities like horse riding, trekking, skiing and tobogganing.  Horse riding is not confined to leisure activity only, because there are some places around Kufri which are accessible only through horse riding. Tobogganing is a sport which is played on snow slopes of the mountain. Kufri is ideal place for this sport.

How to get there: You can get down at Shimla railway station and then move further to Kufri. There are several vehicles like state run buses, private car, etc plying on Shimla-Kufri road. The railway station of Shimla is well connected to other cities and towns the country. Jubbarhatti is the nearest airport to Kufri. The airport is well linked by regular flights to Delhi and other major cities of India.

Other details: Summer festival of Kurfi attracts many tourists. Many art and cultural program are also oragnised during this charming festival.