Posted by : Sandeep January 14, 2013
Naldehra is famous tourist place in the state of Himachal Pradesh, India. it is situated at the altitude of 2044 m and is just 22 km away from Shimla, a major tourist spot itself. In fact Naldehra is a part of Shimla region. Naldehra literally means the Abode of king of Snakes. It has a temple dedicated to the main deity Nag, the serpent God. It is famous for housing the oldest nine -hole golf in the country. It is beautiful place for golf course. The place impressed Lord Curzon of Briton so much that he gave his daughter Alexandra the second name Naldehra. Many completions are held on the golf course. 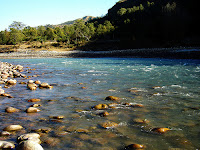 Mahakali Temple :
Mahakali Temple is another place of religious importance near Naldehra. It is situated on the bank of Mahakali Lake. The place is very calm and offers picturesque views of its beautiful surrounding. 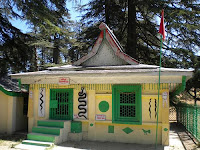 Mahunag Temple :
Mahunag Temple is yet another place of worship near Naldehra. The temple is located amid the famous Naldehra Golf Course. It is dedicated to serpent god Ananta Shesha referred in Hindu mythology.
Naldehra is abundant with thick forest containing pine and deodar trees. Horse riding is the best way to explore the beautiful forest which is not possible by other means travelling. Many horses are available at the price of about Rs 300 per hour. 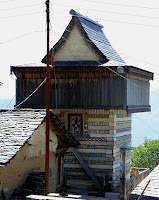 Kogi Mata Temple :
Kogi Mata Temple is much revered place of worship. The temple is located in Kogi village near Naldehra. We can also see a number of traditional houses around the temple. The place is much visited by tourists.

How to reach:
Many state run buses and other private vehicles connect it to Shimla, Mashobra and other cities and towns of the states and the country. Jubarhatti Airport at Shimla is nearest airbase to Naldehra. The air port is well connected to Delhi, Chandigarh, Mumbai and other major cities of the country. Kalka railway station is nearest railway head to Naldehra. It is about 112 km from it and well connected to cities and towns of the country.