Posted by : Sandeep November 28, 2012
Alwar, formerly known as Mewat, is a city of Indian state of Rajasthan. Situated in Aravalli region, the city is blend of different traditions. Under the patronage of Maharaja Pratap Singh, the city became the important center of art and culture. Famous for majestic monuments and panoramic spots, Alwar attracts tourists from all over the world. Beautiful water bodies and abundant wild life make the city one of the most preferred tourist destination in India. This city of Rajasthan is rich in history which dates back to 1500 BC. The climate of Alwar is quite dry. October to March is the best time to visit Alwar as its temperature is moderately low during this period.
Places of interest:  Alwar houses many fascinating historical monuments and other places of interest in and around it.

Bala Quila :-
Bala Quila, a gigantic fort, is erected on a 300m steep peak and is major attraction of tourists. Built in late Maugham style 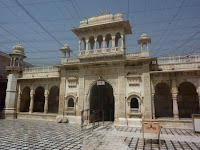 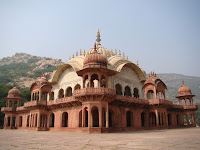 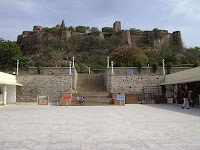 Moti Doongri :
Moti Doongri is another place of tourist attraction for its swanky palace and the Ganesh and Lakshmi Narayan Temples.

Company Garden :
Company Garden is amazing tourist place for its lustrous greenery which is nowhere to be found in the sandy region of the state. 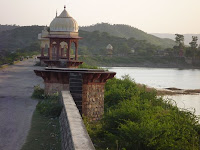 Jai Samand Lake :
Jai Samand Lake is another picnic spot for the tourists. Sprawling vegetation that surrounds the lake makes it a beautiful place to visit.
There are many other places of interest in Alwar including Fateh Jung ka Ghumbaj, Vijai Mandir Palace, Tripolia, Clock Tower, etc.

How to reach:
Rail and road connect the city to other parts of the state and the country. State run buses connect the city to many other cities and towns of the state. Private luxury buses are also available from Jaipur and other major cities of the state and country. Alwar railway station is located in the heart of the city and connects it to many other cities like Jaipur and Delhi. The nearest airport to Alwar is Sanganer Airport located at Jaipur which is 162km away from Alwar.

Other details:
Kalkand Market offers its visitors its sweet dish with rich aroma. Kalakand,  the sweet dish,  is so delicious that whole market is named after it, Kalakand Market.