Matheran is a small town in the district of Raigad in Indian state of Maharashtra.  It is one of the most popular hill stations in the state. It is situated on the Western Ghats and is at the altitude of about 800 m. It is in of Karjat Tehsil of Raigad district. Matheran, jungle on the head as it literally means, is famous tourist destination in the state. It is eco- sensitive area recognized by the government of India. Marathi is the main language of the region. Though October is the best time to visit Matheran, it can be visited any time of the year as weather of Matheran is pleasant throughout the year. 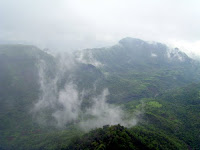 Alexander Point:-
Alexander Point is one of the most picturesque locations in Matheran. It is situated near Madhavaji road. This point provides tourist wonderful views of Palasdaril Lake, Bhivapuri Power House and downhill village of Boregaon. 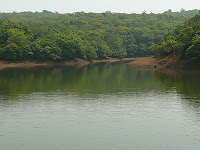 Charlotte Lake:-
Charlotte Lake is another scenic spot in Matheran. It is also known as Sharlott Lake. The lake is main source of drinking water for the region. Old temple of Pissmath is situated near the lake. The location of the lake is filled with panoramic sceneries of surrounding lush green landscapes. 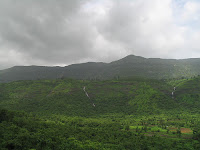 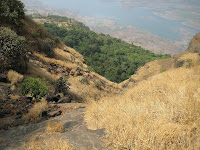 Shivaji’s Ladder:-
Shivaji’s Ladder is the name of a way down to valley from One Tree hill point. The path is surrounded by lush green forests and offers fascinating views of surrounding nature. The great Maratha King Chhatrapati Shivaji Maharaj would use this way for his pleasure and hunting trips.

Heart point, Louisa Point, One Tree hill Point, Procupine Point, Rmbhaj point are some of other beautiful locations in Matheran.
How to get there:
Nearest railway station to Matheran is Neral which is about 20km away. The railway station is well connected by many trains to Pune, Mumbai and other cities and towns of the state. Chhatrapati Shivaji International Airport is closest airport to Matheran. It is about 90 km away from Matheran. The airport is well connected by many domestic and international flights to other major cities of India and other countries. Many state run buses and other private vehicles like cars and luxury buses are also available from the Mumbai, Pune and other cities and towns of the Maharashtra state.
Places of interest: Gifted with many beautiful natural sites, Matheran hill station offers its tourists many places of attraction including 38 peak points.

Other details:
In the month of September the festival of Ganesh Chaturthi is celebrated with much pomp and show. During the festival many social, cultural and religious programs are organized.