Varanasi is one of most prominent Hindu pilgrimage spots in India. Located on the bank of holy Ganges River, Varanasi is commonly known as Banaras and Kashi.  Also related with Buddhist and Jain religion, the city of Varanasi is the oldest continuously living city of India. This holy pilgrimage city of India is home to several places of interest with most of them being religious significant. 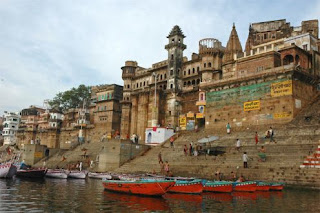 Kashi Vishwanath Temple is a prominent place of worship in Varanasi, situated about 290 km south east of Lucknow city, the capital of Uttar Pradesh.  The temple serves to be one of the twelve sacred places of Jyotirlingas and is dedicated to Kashi Vishwanath, one of incarnations of Lord Shiva. Kashi Vishwanath is the chief deity of Varanasi. Built by Rani Ahilyabai Holkar of Indore during the 18th century, Kashi Vishwanath temple is much frequented place in Varanasi. 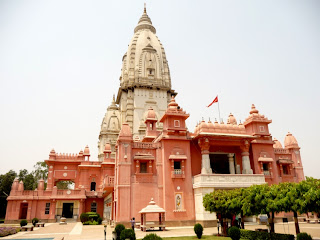 New Vishwanath temple, otherwise known the golden temple, is another important temple of Varanasi which lies just about 130 km east of Allahabad city. The temple is situated in the campus of Banaras Hindu University. Built by Birla family, the temples is sometimes referred as Birla temple. The temple bears the same structural architecture as that of Kashi Vishwanath Temple and is dedicated Lord Shiva.

Panchganga Ghat is yet another place of religious significance. It is the places where five holy rivers meet. This place holds great religious importance among Hindu people and therefore it is visited by number devotees throughout the year. Besides these above mentioned places of worship, Varanasi, the holi city of Uttar Pradesh state is home to many other places of interest.

It is located on the bank of Gangaes river in the southern part of the Varanasi.
Kedar ghat has a popular lord shiva temple known as Kedareshwar temple, built in traditional Hindu architectural style.


Man Mandir Ghat, Durga Temple, Hanuman Ghat, Ramnagar Fort and Ramangar Museum are some of the worth visiting places located in and around the city of Varanasi.

How to reach Varanasi

Varanasi has it's own airport which is called  'Lal Bahadur Shastri Airport' at the distance of 26 km away from city. The airport is well connected to some major cities of India.


This religious city is well linked to other major cities of the Uttar Pradesh state. You can hire a car or taxi to reach here from nearby cities.


Varanasi Junction which is approximately 1.9 km away from Varanasi is nearest and main railway station to reach Varanasi.