Perched on the banks of Panchganga River, Kolhapur is known for its rich culture and tradition.  It is a historic city located in southern part of Maharashtra state. Famous for Mahalaxmi Temple and several other places of interest, the city of Kolhapur draws number of devotees and tourists alike from all over the country. 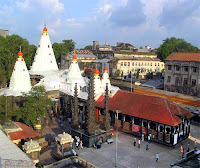 It is an ancient temple dedicated to goddess Mahalaxmi which is considered to be the goddess of prosperity.  The goddess is locally known as Devi Amba Bai. Built in the 7th century during the reign of King Karandev of Chalukya kingdom, the temple of Mahalaxmi in Kolhapur has been under patronage of several dynasties. The temple serves to be a perfect specimen of beautiful Hemadpanthi style of architecture. Mahalaxmi Temple happens to be a major pilgrimage spot in Maharashtra and therefore it witnesses thousands of devotees thronging there from different parts of the state and country as well. The temple’s walls bear the beautiful carving and sculptures. The idol of the goddess in the temple is in monolithic structure and is adorned with precious stones and diamonds. 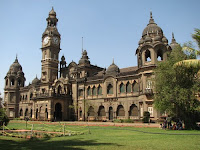 It is another major attraction of Kolhapur in Maharashtra state. Built in the year 1881, Maharaja Palace presents an imposing look to the beholders. The structure of the palace is a beautiful blend of the Indo-European architectural styles.  The palace is designed by famous British architect Charles Mant. The palace also contains a museum which has a fine collection of Maharaja’s cloths, hunting photos, memorabilia and other artifacts. The palace and the museum present us the insights royal life style and culture of those days.

Rankala Lake is yet another place of attraction in the city of Kolhapur. Situated amidst the beautiful surroundings, Rankala Lake serves to be a perfect place to spend evenings and weekends. The place is popular as picnic spot among the locals and the visitors coming from all over Maharashtra and other parts of the country.


Irwin Agricultural Museum, Bhavani Mandap, Jyotiba temple and Radhanagari Dam are other places of interest located in and round Kolhapur.