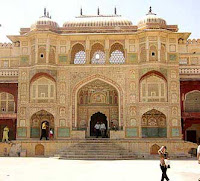 During the early 17th century the Mughal Emperor Jahangir handed over Kota to Madho Singh the son of Rao Ratan Singh and thereafter Kota came to be known as an independent state. Under the rule of Madho Singh, Kota grew large in area and became richer and more powerful. Maharao Bhim Singh who was holding the Mansab of five thousands and was the first one in the dynasty to have been honored with the name Maharao played a vital role in the history of Kota. Later on Kota came under the control of the British who continued to rule it until Aug-1947 when India got independence.
Author : Prashant Comments : 0
Read More
Tag : Historical, 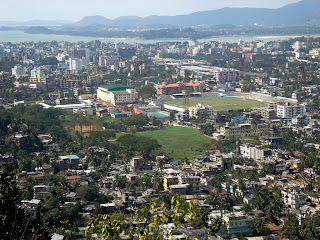 Guwahati is the largest city of the state of Assam in India. It serves as a gateway to the North-eastern region of India. According to Puranas, Hindu epic and other mythological stories the history of Guwahati goes several thousand years back. As per the Mahabharata it was the capital place of demon king Narakasura who was killed by lord Krishna. Excavations at Ambari take the history of Guwahati back to 6th century when Guwahati was known as Pragjyotishpura. Guwahati was the capital place of Pala and Varaman dynasties of Kamarapura kingdom. Excavations during the construction of Cotton College in Guwahati suggest that Guwahati was city of great size and also significant one from economic and strategic points of view in the 9th and 10th centuries.
In the medieval time Guwahati and the surrounding region were ruled by the Koch Hajo and Ahom kingdoms. After the defeat of Koch Hajo at the hand of Mughal, Guwahati came under the rule of Ahom kingdom that made it an important military outpost. There were about seventeen invasions from the Mughal on Guwahati but each time they had to face the defeat at the hand of Ahom kingdom. A major earthquake 1897 and then a series of floods devastated most part of the city of Guwahati. Guwahati then witnessed the rule of British until Aug- 1947 when India got the freedom from the colonial rule.  Guwahati served as capital place of Assam until the city of Dispur was made capital of the state.
Author : Sandeep Comments : 0
Read More
Tag : Historical,

Solapur is a district of Maharashtra State now. History of this district is associated with the Bahamani Sultanate, the rulers of Bijapur and the Mughals in the medieval period. It was ruled by the Chalukyas, Rashtrakutas and the Kalchuri rulers. It was a part of Kuntala region in the ancient period. The actual formation of Solapur into an independent territory took place in the medieval period.

Solapur was a part of the Gulbarga division in the reign of the Bahamani Sultans. After that it came under the rule of the rulers of Bijapur Adil Shahi. It became a part of Bijapur region then. Later in the Mughal period it was a part of the Telangana region. Marathas ruled over it for a decade and Solapur (it was known as Sholapur) came under Ahmadnagar district. During Anglo-Maratha tussles the area comprising Solapur and Pandharapur were the center of disputes.

During Indian Freedom Struggle Solapur had acquired three days independence due to insurgency of the freedom fighters. This happened in 1930 from 9th of May to 11th of May. In 1930 after Gandhi’s arrest there were protests and rallies all over India. Even in Solapur many freedom fighters took up protests and the angry mob had ransacked the police station. The police and other authorities had fled from the city for three days and the Congress men of Solapur took charge of Solapur for three days. Tulsidas Jadhav, a leader of Congress Party was in charge of the responsibilities. On 6th April in 1930, a month before the incident mentioned above the freedom fighters had even hoisted the national flag on Muncipal Council building. It is known as the first Muncipal Council in India to hoist the national flag. Irritated British executed many freedom fighters making them the martyrs of Freedom struggle.

After Independence many taluks of Solapur district were relocated and in the year 1956 the district came under the Bombay State of that time. In 1960 the district became a part of the Maharashtra State.
Author : Prashant Comments : 0
Read More
Tag : Historical,
NEXT HOME PREV